it's not just food, it's an
attitude!

Let us help make your next event Killer!

We specialize in BBQ Weddings at some of the most beautiful venues. Love will be in the air along with our wood fire smoke. Whether we are at a mansion, rustic barn, winery or private venue, the smell of our bbq smoke gets your guests excited and creates a festive atmosphere. Your guests will rave about the flavors of your spread for decades to come. Our Brides and Grooms always eat their food at a Killer Kitchen Wedding!

Having a company picnic? Celebrating an employee appreciation day? What ever the reason Killer Kitchen Gourmet can transform your next event into a foodie paradise. We have catered for a myriad of successful companies and organizations that wanted to treat their guests to something remarkably impressive.

Sometimes in life you have to " Go All Out " and celebrate with a bang. We can light up our fire box and make bbq magic happen at your next private party. Our clients have hired us for birthdays, graduations, holiday, baby and bridal showers, retirement, anniversary and many more events. Whatever you have in mind rest assure we will make it a bbq bash to remember!

Killer Kitchen Gourmet represents a celebration of life and culinary traditions. Chef Greg Murray (a.k.a. Chef Murph) was born into this world in 1974. He was extremely blessed to have a large family that appreciated all the culinary treasures found on God’s green earth, land or sea they always discovered a way to celebrate life with some “Killer Cuisine”.

Growing up in Baltimore, Maryland on the tributaries of the Chesapeake he spent an enormous amount of time fishing, crabbing and boating. At an early age his father taught him to catch and clean fish, shuck oysters and steam crabs. Greg’s Nan taught him how to grow a garden, pickle and can the rewards of hard work at the end of the summer. Greg’s Gram would always take him mushroom hunting in the spring and summer. His mother Renee always gave Greg total freedom in her kitchen, so his imagination could run wild.

Greg’s Pop always had several black Angus steers on hand and many other farm fresh treasures to become acquainted with. One of Greg’s favorite passions and a learned labor of love by his Pop and Uncle “Moose” were firing up the pit at 5:00 a.m. He loved to help “babysit the meat” as his Pop called it. He learned the key was having patience, maintaining a consistent temperature and the end result would be strikingly impressive. Greg was a child and already learned the natural wood fired method of “slow and low” and what authentic BBQ stood for.

Sunday dinners were like festivals of flavor and a dynamic display of a true “farm to table” experience. The tantalizing blue smoke that flooded the air was part of a culinary ritual and collectively attracted not just family, but friends and neighbors alike. Greg’s family always had more than enough and it was their pleasure to share with anybody who had a “Killer Appetite”.

Enlightened and inspired at a very young age, Greg worked at several local successful restaurants and crab houses. However, he was most inspired by putting in hard work in his own kitchen, studying new techniques and mastering his own recipes.

Through time he always had a passion to entertain and throw scrumptious spreads down for parties and cookouts. After his Pop and Uncle passed he became official “Pit Master” for every family and friend celebration. As a young and aspiring chef it was Greg’s goal to achieve highly effective flavors using the freshest superior ingredients available. He practiced the “old school” methods and utilized offset heat to lock down some unimaginable flavors of authentic barbecue.

In 2010 with the heightened popularity of social media platforms, Greg began posting pictures of his innovative specialties online, he branded his culinary creations “Killer Kitchen”.

That same year he became a member of the Kansas City Barbecue Society, the world’s largest organization of barbecue professional and grilling enthusiasts. In 2011 Greg went to school to become an official barbeque judge certified by the KCBS.

In 2014 Greg decided to purchase his first professional built smoker trailer and pit from Custom Pits and Fabrications, LLC. After learning the ins and outs of operating a 3,000 lb. cooking machine, Greg decided to start sharing his love for “Killer Meat” on a much broader scale.

In 2015 Greg and his wife Heather decided to officially form Killer Kitchen Gourmet, LLC. The goal was simple to give people the opportunity to experience “Killer Food” while celebrating life!

At Killer Kitchen Gourmet they love to say “It’s Not Just Food, it’s an Attitude!”

It is our highest priority to create and sell strikingly delicious food, in a fun, festive atmosphere.

Our traditional and modern cooking methods will always deliver superior flavors while utilizing only the freshest ingredients available.

1.  Our goal is to offer authentic gourmet food at a fair price.

2.  We will offer professional products and services in a clean and safe environment.

3.  Our business will always strive to display gratitude, appreciation and contribute value with in our community.

Killer Meats from the Smoker

All of our smoked meats are cooked the morning of the event on location. We use a variety of  hardwoods and fruit woods to get the party started.

Killer Meats from the Pit

Ask about custom menu selections, if you have something different in mind we'd love to hear about it**

Vegan options are available to add into any menu*

Any 3 Pit Meats, choice of:

Any 2 Smoked Meats, choice of:

Any 2 Smoked Meats, choice of:

Green Beans – With Bacon and Onions

*Add an additional meat selection to any package

*Add an additional side selection to any package
$4.75 per person

We Are Ready to Roll

*Catering outside our 40 mile radius is $2.25 per mile *A 20% gratuity will be added to all Mobile Pit Trailer Events

Have an event coming up? We'd love the opportunity to earn your business!

Let's chat about turning your next event into a Killer Foodie Experience!

Cheers to the killer foodie in you! 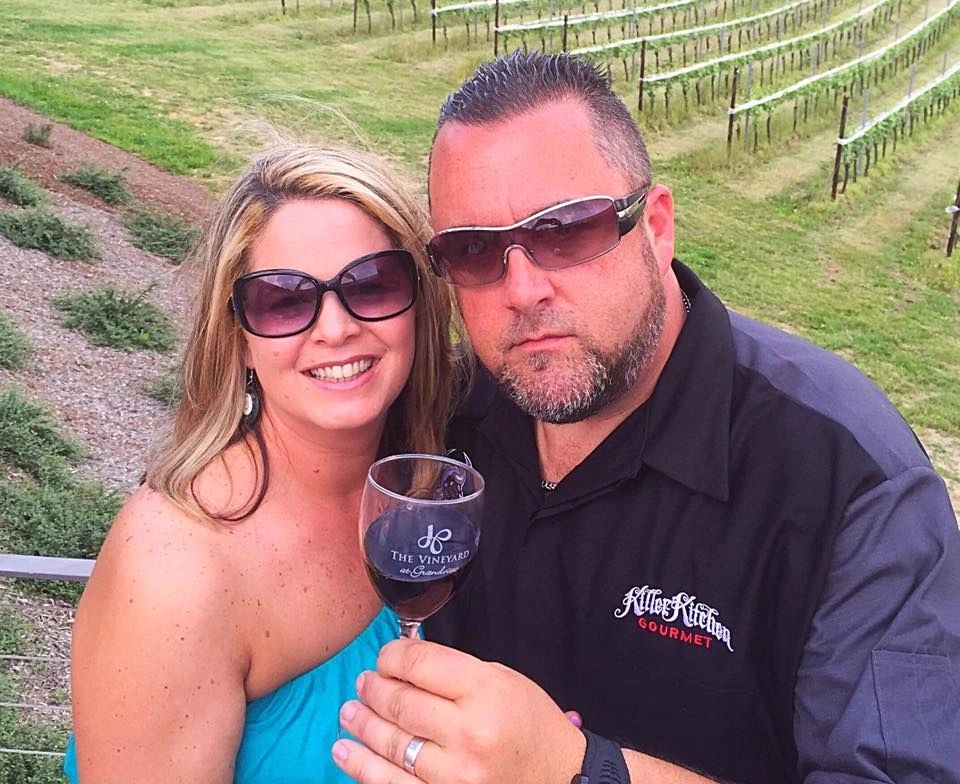